Georgia is known as one of the oldest wine-making countries in the world and Georgian cuisine is one of the most important attractions of the country.

Jvari Monastery
VI century church and monastery, located in the east of Mtskheta, at the bank of the rivers Mtkvari and Aragvi, on the rocky mountain peak. Jvari Monastery is included in the UNESCO World Heritage List.
Svetitskhoveli Cathedral
The main patriarchal cathedral of the Georgian Orthodox Church, the Mother Cathedral of Georgia, the place of enthronement of the Georgian Catholicos-Patriarchs, the burial of many kings of Georgia, their family members and patriarchs. Monument of Georgian architecture of the XI century.
Chateau Mukhrani
The first and the only true Georgian Royal Chateau, which unites four key components: vineyards, winery, castle and history. Mukhranian wine production was established by Ivane Mukhranbatoni, a famous representative of royal family, political and public figure of the 19th century. In 1876, Ivane Mukhranbatoni returned from France with Chateau concept knowledge and since then the history of Château Mukhani's winemaking starts.

The City of Sighnaghi
Very popular destination with a lot of visitors. Its architecture, beautiful streets and wonderful views leave no one indifferent. It is also called the city of love.
Bodbe Monastery of St. Nino
According to the legend it is built on the burial place of Saint Nino. Georgian kings were paying great attention to the Bodbe Monastery. It has been repaired and restored many times. In the complex there is a monument of Georgian architecture- three-nave basilica. With the initial architectural shapes it belongs to the earlier feudal age.
Pheasant's Tears
Was born out of a love of authentic tradition, and culture and endless creativity. It is more than a winery, it's about songs, cuisine, art, and heritage. Here wine is born out of a confluence of the spirit of a place, its geology, its history, and the emotions of the vitner himself. Traditions here are seen as the nourishing soul for improvisation and respectful evolution.

On Wednesday, September 21 there is a second excursion organized by the Sixteenth International Summer School in Logic and Language. The excursion of the Summer School will lead to Uplistsikhe, an ancient stone cutted town similar to Petra in Jordan. In addition a visit to the unique Stalin Museum in Gori is planned. The visit to Mtskheta, the capital of Georgia in Roman times is followed by the sunset in Jvari monestary and the Summer School dinner at Cafe Tatin, Mtskheta, before returning to Tbilisi.

Invited speakers of the Summer School and its participants with full payment might choose the excursion.

The excursion will start 8:30am in front of the University. 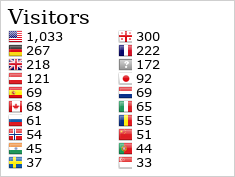